Sound, style, fashion, and entertainment – these words epitomize singing sensation – Jaswinder Singh Bains aka Jazzy B. Born April 1st, 1975 in Nawanshahr, Punjab, India, Jazzy B. immigrated with his family to Vancouver, Canada at the age of five.  Over the past decade and a half, he has shot to the top of his music genre, and according to some, now resides in an echelon of his own.  He has consistently redefined himself as an artist, pushing the limits, going against the norm, and evolving into a fashion icon.

Recently, DARPAN Magazine had an exclusive video interview with the superstar where he focused on his career path and made a passionate appeal to youngsters to work hard and live life to its fullest.

How was your Vaisakhi this year?

It was very busy this year. We have been so busy with gigs across Canada. We have had shows in Edmonton, Winnipeg, and of course Vancouver. It is really good to be here with family, friends, and fans.

Are you usually here in Vancouver/Surrey for Vaisakhi or are you in Birmingham or even India?

Every couple of years I am here. This year I was lucky that I was here. If I am not here than I try to celebrate it in Punjab and even in Birmingham.

You are born on April 1, 1975 and have had an illustrious career, please walk us through your career, how did it all get started?

How did Jazzy B become Jazzy B? Well you know I was a normal kid, born in India. My pind w is a small, little village. As a kid, I use to listen to a lot of Kuldip Manak. My uncle, he used to listen to Kuldip Manak and that was all he listened. I remember that one year he was performing in our pind, luckily. I was like 4 years old, watching him from way back. And being a little kid I said, “one day I want to be like him.” Then I came to Canada and went to elementary school here and then high school, I never did give up that childhood dream. We use to play air bands in school, do bhangra, and sing Punjabi songs. We would perform at weddings and birthday parties. Also, in parks and with kabaadi guys.

So you went to school here in Canada?

Life has obviously been very kind to you and you are doing lots to give back to your fans and everybody else. What are some of the things that you are doing for the community here in Vancouver or Surrey?

I have many youngsters that follow me. That is why every time I step on stage I always announce on stage – stay away from drugs, go into sports. Because it is sad. Not seeing Indian boys and girls in the Vancouver Canucks or in basketball or football. Why? Are we not good enough? Of course, we are good enough, but everyone plays until they are 18 or 19 years old and then it rather fades away. I do not like that – so I am trying to push involvement with my songs or you know attending many charity gigs to promote the sport side of our generation. As you can see, a lot of kids are killing each other. They are like 18 or 19 years old. Within the last month or two months there have been over 40 deaths and you know most of them have been Indo-Canadians, which is sad to hear. We should work hard and create more of the positive side and not the negative side.

So you have been termed as the Crown Prince of Bhangra and rightfully so, explain how the title came about?

Actually all the titles I have received…have been given by England fans. When I first went there in 1994, there was an Indo Canadian music awards show, called Asian Music Pop Awards that Amarjit Sidhu use to host. I remember being a kid from surrey and no one knew I was and there were people like Malkit Singh, Heera , Alaap and Bally Sagoo…..all the cream of bhangra. So I went on the stage and Shinda was on keyboards and my manager now Ambi was on dhol. We were just a couple of guys and we went there and played this song and everyone just went crazy. So everyone came to know who Jazzy B. was the next day. They kind of just gave me the name there…the Canadian sensation and then the Crown Prince of Bhangra. So it has kind of been with me since like 1994.

Do they also call you the Original Folkster?

Yah they do. Because the way I look is more funky, but then my voice and my vocals are really desi. So they gave me the Original Folkster.

I think you touch a very sensitive chord. You are from the masses, you were not born into a rock star  family. You came about and impressed upon the youth, so much so that they have given you this rightful name.  That is what I tell all the youth out there. Whatever industry and it is not only that you want to be in this industry. Whatever you want to do in life – you can do it. We can do anything we want in the world – we just have to focus, put your heart into it and you can do anything in the world.

Are you a born musician?

I guess so. Because I did not learn in the beginning, it was a natural gift, if you have the voice or the talent. God gives it, but to prove it, yes, you have to practice. You have to work hard at it.

Yeah, a lot of people want to see me on the big screen like a movie or something, but the next project we are doing is a religious album and once again a collaboration with me and Sukhshinder Shinda. I believe that people are listening to us and it is our responsibility to teach them something. I always say whatever you are -whatever nation you are, whatever religionthat you believe in and must believe in. I believe in it – Sikhi and that is why we are paying back with “Sat Gur mere.” It is slated for release in September 2009.

What are the Bollywood plans?

Well it is always there. We are always talking to somebody from the film industry, but I do not like to say anything until everything is finalized. But yeah, I would like to do a Punjabi/Hindi/English kind of movie – a mix film maybe one with a message for the youth.

What is favorite holiday destination?

Who is your favourite designer?

Currently, I am into Ed Hardy.

What is your favourite magazine?

DARPAN Magazine of course…. He smiles.

What is your favourite music other than Bhangra?

Rap and hip-hop.  Older stuff like Easy-E and Snoop Dog.

What is your favourite sport?

I love hockey, especially ball hockey and play with my nephews when I get to Vancouver.  I also love football, especially since I live in England now.

Who is your music idol -living or deceased?

Definitely, Kuldip Manak.  His music inspired me to take this path in life. 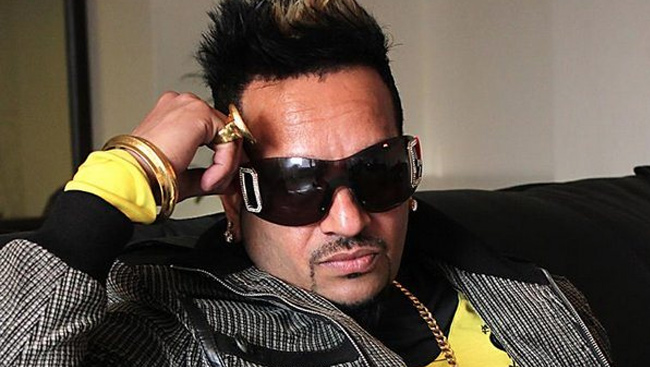 You moved to England, why did you make that choice?

When I met Sukhshinder Shinda back in the day in 1989. I had a choice to make, whether I could sit here and wait or go to England, where music was more prominent because there were more live gigs.

Regarding, Sukhshinder Shinda – how come you are only doing performances with him and conversely do not accept other offers to work with different people?

I do. I did work with Robbie Bal for the single ‘Khaun Naach Dhee.’ But me and Shinda, we kind of compliment each and people are happy with our partnership and we are producing the best music as we can. But there are offers and I am open to everyone. If there were, some producer or such I would work with them too.

You have a passion for hockey and we were able to see all your Memorabilia at your house, tell us about that?

Like I said when I went to school here we use to have our own hockey team, Surrey Hawks and we competed across Canada. I love hockey and that is why I encourage a lot of people, especially youngsters to play sports because you can stay away from a lot of bad stuff if you have hobbies to do. I remember as kid riding my bike many kilometers just to play hockey and then come home like at seven in the evening. We were not doing bad stuff we just were playing hockey. And that is why I encourage kids to play sports.

You have been in New Zealand about every two years? Do you try to go there often?

Yes, it is like Canada, we try to come here every two2 years, when the fans are somewhat hungry to hear and see us perform. We have like six shows scheduled for Australia and new Zealand.

Yeah I always am in India performing. I just came back in March from performing and I was there for a good three and half months. I was on the PTC music awards – I won the best album for Rambo, best video, best vocalist and of course, Sukhshinder Shinda won best music director for Rambo. This year has been good to us.

Any guidance or advice for the next generation?

I would just like to say – speak Punjabi at home and especially a message to the parents because they are their kids’ real idols, even though I happen to be a person they look up to. Being parents, it is their job to teach their kids to speak Punjabi, Hindi, Urdu, or whatever. You should be proud of whoever you are and keep up the good work out there. Life is too short. It is not all about fighting or getting into drugs or killing each it is more than that. Enjoy your life. Live it.