The South Asian community in British Columbia comprises of achievers – their success is not merely limited to the province but has reached all across Canada and other parts of the world as well. One such young achiever is sensational singer Jugpreet Bajwa, popularly known as Juggy Jag.
Visually impaired since six months old, Bajwa’s disability never hindered his interest in music. He is a trained singer with a degree in Indian Classical Music and a diploma in Western Classical Music. An artist known for his versatility, he can sing Classical, Ghazals, Bhajans, Folk, Bhangra, Hindi film songs and latest Rock, Jazz, R&B, Reggae and Hip Hop in Hindi, Punjabi, Urdu, French, Sanskrit, German, Italian, Spanish and English.
While a popular figure within BC’s South Asian community, it was his participation in Zee TV’s Sa Re Ga Ma Pa in 2016 that put him in the limelight all over the world. His melodious voice captured the hearts of the judges and listeners alike and he became one of the top three contestants on the show. 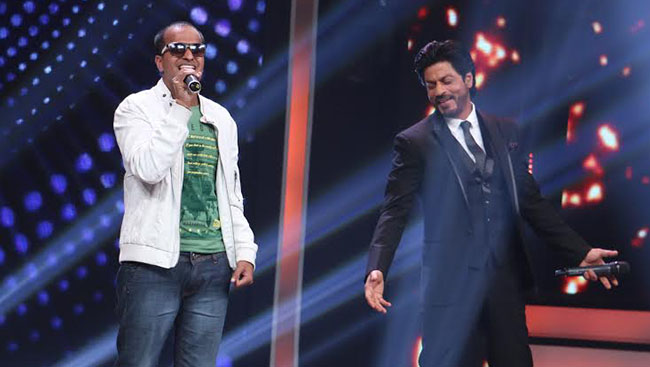 Recollecting his Sa Re Ga Ma Pa days, an ecstatic Bajwa says, “The year 2016 has brought a milestone in my career as I got the opportunity to audition for the world’s most renowned singing competition. It was a big challenge, as I had to compete against 120,000 contestants from all over the world.”
The young newsmaker’s passion and dedication for music was unbeatable as he went on passing each round of the completion. “Eventually, I reached to the top three in the grand finale. This was the first time in the history of Sa Re Ga Ma Pa that any non-resident Indian reached to the top three,” shares the 21-year-old, who was the only representative for Canada.

His popularity in the competition only kept increasing day-by-day, so much so that celebrities such as actor Shah Rukh Khan visited him during his rehearsals and declared himself as a big fan of his singing and expressed his desire to work with Bajwa in the future. Even legendary Indian singer Asha Bhosle appreciated his singing and gave him a standing ovation.
From that point onwards, it was an upward climb for Bajwa. This success got him immense support from the community in Canada and the Canadian government. He received several congratulatory messages and good wishes from Prime Minister Justin Trudeau and Premier of British Columbia Christy Clark, and other honourable members of the Canadian government. “I was able to mesmerize people all over the world with my soulful singing and my story inspired hundreds and thousands of people,” adds the talented star, who first performed on stage at the age of four and has done over 1,000 shows since then. 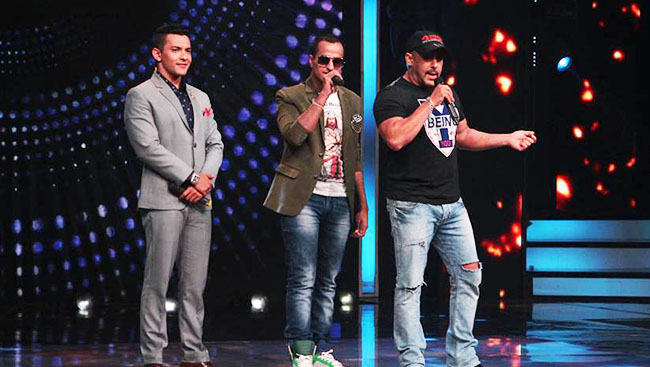 Another highlight of 2016 for Bajwa – recording his first song for a Bollywood movie as a playback singer. The young artist’s passion for music has taken him to great heights and won him many accolades. In the past, Bajwa has got the opportunity to perform in front of Narendra Modi, Prime Minister of India, and Stephen Harper, former Prime Minister of Canada, during the former’s visit to Vancouver in 2015. He was also awarded the Queen Elizabeth II Diamond Jubilee Medal in 2013.
I ask Bajwa how he has managed to attain success in such a short span of time. “My success mantra is to keep doing riyaz each and everyday without any gaps,” he answers, “Looking back to what I performed previously on a regular basis inspires me to keep improving for my future performances and recordings. This approach can give success to any person who rigidly follows this mantra.”
This year, Bajwa’s goal is to successfully release some of his original singles while pursuing a career in the Bollywood music industry.
Define 2016 in one word.
Phenomenal.
What does success mean to you?
As the saying goes, you can achieve big, only if you dream big. Success to me is defined as getting one step closer to your dreams/goals. I personally feel that getting success is a never-ending process. You have to always thrive to excel in what you’re doing so that you can be better than you were before.
What expectations do you have for 2017?
In the coming years, my expectations are that I should be able to reach out to the people all over the world so that I can pursue my passion of spreading love and peace through music. My biggest dream is that down the road, I would like to open my own music therapy clinic where I can treat people through music. Presently, there are so many diseases, which can be cured through music without any medicines.
What’s your advice for those who wish to follow your path?
I’m not in a position yet as I’m still a learner where I can advise anybody. But at the same time, through the experiences that I’ve had, I can appeal to everyone who wants to follow my path, which is that you must have a blueprint of what you want to do. You then have to work on that blueprint and advance step by step. There are no shortcuts. Success doesn’t come overnight, so you have to work very hard and never give up. Always follow your passion and do what ever you want to do in life personally and not under the influence of anybody else. Your mindset should be very clear and focused on what you want to achieve in life.
Prev Next

Over 1,200 individuals convicted in a period of 12 years and more than 25,000 females rescued from Nepal and India by Maiti Nepal, a non-governmental organization started by Anuradha Koirala, a social activist who has dedicated her life towards the rescue and rehabilitation of survivors of human trafficking.