Cricket is a sport that most Canadians might confuse with a chirping insect, and before my interview with Jimmy Hansra, I warned him that to me a ‘century’ is simply 100 years. Hansra seemed accustomed to the lack of awareness in Canada towards a sport that has a huge following across the globe, especially in countries such as Australia, England, the Caribbean, and India, where Hansra was born.

After speaking with him about his unconventional journey to becoming the captain of Canada’s cricket team, it became quite apparent why this very affable 26-year-old has been creating a stir on the Canadian cricket scene. Hansra, his brother and parents immigrated to Canada when he was 14 years old. Back in Ludhiana, India, Hansra was the only one in his family who pursued sports, and he played a fair bit of cricket. But when his family moved to Penticton, in the South Okanagan, nobody in his school had even heard of the sport. Quickly adapting, Hansra was able to fill the void by joining the high school basketball, soccer, volleyball, tennis and squash teams. Even still, he graduated with a 94 per cent average.

“I came in grade nine and all of a sudden I didn’t really learn much until grade 12. You know, because high school in Canada is so easy,” he laughed. His dad shared that Jimmy was always a diligent worker and, as a kid, he was rarely bored. Although academics were a breeze, Hansra found living in tiny Penticton was a big change for him and his family. That’s part of the reason why his mom was really pushing for a move to the coast. This worked for Jimmy, who has always been particularly close to his mom and had a dream he wanted to fulfill at University of British Columbia. 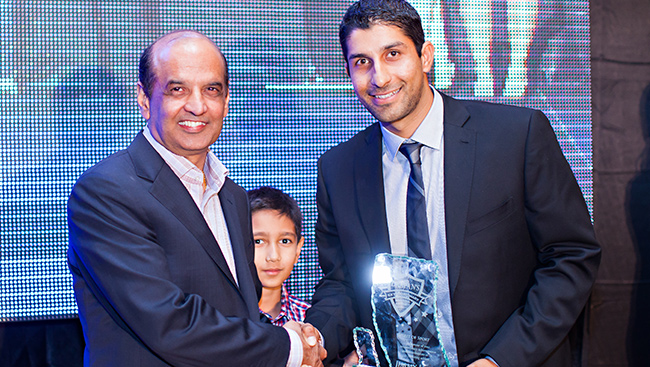 “It was my first choice to be a structural engineer since I was a kid,” he said, much to my surprise.He did, in fact, graduate and became manager of an engineering company before committing to cricket, and becoming one of six full-time Canadian cricket players.

In 2004 he played his first game in Canada. He used a bat he had bought five years earlier for price tag of 150 rupees (3 dollars) from a shop in Ludhiana.“Out here, nobody really wanted to share their bats,” he recalled, after seeing a group of guys playing on a field in Abbotsford. “So I just started playing with it. It was quite heavy, but I played with that bat for about two years. I made close to 1500 runs with that bat.” It’s had a lot of use.
Now, Hansra often has other cricket players asking to take a look at the infamous three dollar bat. “I have it in my house and I don’t give it to anybody and I don’t play with it. It’s kind of one of those mementos that I love to keep because I started my training with that bat.” After playing in Abbotsford for the summer, Hansra quickly rose through the ranks, advancing on a provincial, then national level. And on July 27, 2011 he was announced captain of Canada’s cricket team.

Hansra’s rise has surprised even himself. “If you would’ve asked me six years ago if I would be captain for the national team, I would’ve been laughing. It’s an honour for sure, it’s an honour in any country.” Although not as reputable as other countries, the Canadian team is making strides. They qualified for the 2003, 2007 and 2011 World Cups – the sport’s premier tournament. The 2011 tournament was particularly special for Hansra – it was held partly in India. “It was amazing to play in front of the Indian fans. It felt like home for me,” Hansra recalls.  He was completely humbled by the experience, having met players that he looked up to and standing shoulder-to-shoulder with them on the cricket field. He played in a tournament alongside some of his heroes: Sachin Tendulkar from India, and the South African Jacques Kallis. “Just write that down,” he assured me.  “People will know what I’m talking about.”

Although Hansra didn’t have the opportunity to meet Kallis at the 2011 World Cup, he is looking forward to meeting him at some point. One opportunity will be at the 2015 World Cup, for which Hansra is driving his team to qualify. That tournament will be held in Australia and New Zealand. Although the Canadian facilities do not compare to the ones in India, Hansra has high hopes for the future of cricket in Canada. “It’s very bright! We have a lot of new immigrants coming into the country from cricket playing nations. The awareness is growing and the number of cricket players in Canada has increased a lot in the last one to two years.”

He is also looking forward to working with Aussie Michael Dighton, who was recently hired to coach the Canadian team and is contracted until 2013. I asked Hansra why Canadians, and his team in particular, seemed certain of his ability to lead. “I’m a confident guy,” he said, without a hint of arrogance. “If I want to do something and I’m fully passionate about it, I’ll do it. I don’t back down for anybody.” The all-rounder, who is currently a middle-order batsman, has already come a long way from his days as a recreational player. Hansra may be the lucky break we need to elevate Canadian cricket on a global level.

“If you would’ve asked me six years ago if I would be captain for the national team, I would’ve been laughing. It’s an honour for sure, it’s an honour in any country.”

When the word “wrestling” is introduced into a conversation about legitimate athletes and sports, some may imagine the “wrestlers” of the WWE. Certainly some gifted people, put on stage to entertain the masses. Granted they are quite charismatic, talented, and high-flying men; however, they must not to be confused with the determined, physically and mentally strong athletes on the competition mat of freestyle wrestlers.

DARPAN Magazine had the exclusive opportunity of sitting down with Jason Garrison and learning more about the newest Canuck. Garrison, who was born in Burnaby and raised in White Rock, British Columbia, says “it means a lot” to be playing back “in your hometown. Growing up, I was always a Canucks fan.”