Luxury Hybrid crossover gets a facelift

The variant I tested this time around was the 450h hybrid. Mixing gasoline and electric technologies is something the company knows a thing or two about, first introduced in the RX line up as the 400h during the first generation. Design-wise, the front fascia has been tweaked with the lower part of the “spindle” grill given a mesh, F-SPORT-like treatment. The HID headlights now have big dual round lamps inside the housing above the signature LED daytime running light strips. 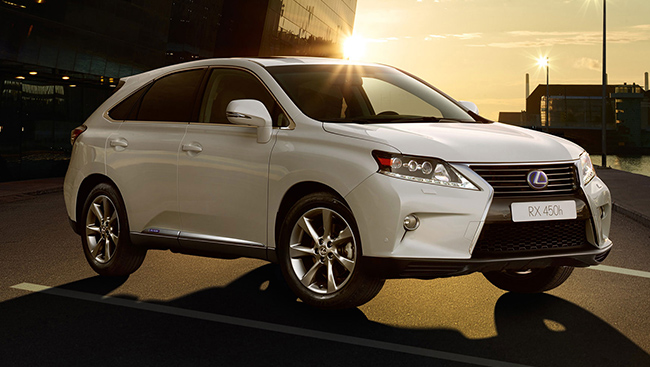 At 1,885-millimetres wide, 4,770 long and 1,720 high, the size and form factor of the RX is perfect for people needing an upscale and practical everyday people hauler, without having to step up to a full-size SUV. Its basic shape hasn’t changed too dramatically since its creation in the late 90s when the segment wasn’t nearly as crowded — it seems every manufacturer and their uncle is coming out with a luxury CUV. There’s no doubt that the 450h looks great, except possibly when offered in the merlot-coloured Claret Mica that my press tester came in.

The hybrid is powered with Lexus’ Hybrid Drive, a combination powerplant consisting of a 3.5-litre V6 Atkinson gasoline engine and a high-torque electric motor and generator, paired with a continuously variable transmission and high capacity battery. If you fidget with the steering-wheel-mounted menu buttons long enough, you can find a way to toggle between Sport, Eco and Hybrid Snow driving modes. Even with net 295 horsepower, I found the Sport not sporty enough and the Eco mode causing the vehicle to be too sluggish, so I just left it on normal most of the time.

When your driving at your greenest, the instrument cluster glows blue to indicate that you’re on your way to achieving somewhere in the neighbourhood of the advertised 8.2 L/100 km combined city/highway fuel economy rating. I averaged 10.9 L/100 km in mixed driving, which, needless to say, is still fantastic for its class. 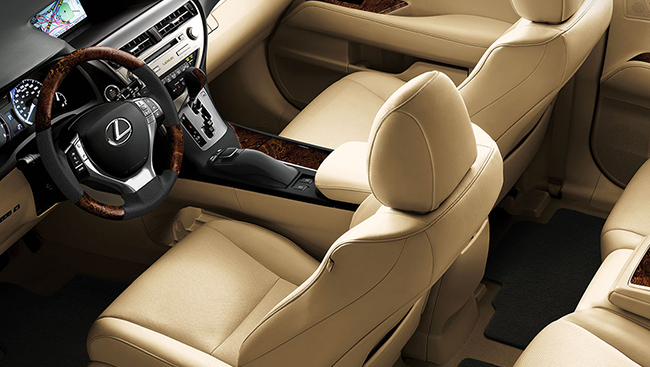 The interior of the SPORTDESIGN has perforated leather seating surfaces, real wood trim, and the ingenious Lexus Remote Touch, a small joystick that you can use to navigate the eight-inch LCD display. After you get past the slight learning curve, I find it is a much easier-to-use peripheral for selecting on-screen text than the knobs and dials found in many modern cabins. Other than what’s mentioned, nothing else stands out too much on the inside. Some might call the styling dated, others may think of it as simple elegance.

Smooth is how more than one passenger commented on the ride in the RX. Even with my spirited driving style, nary a coffee was spilled or head bounced. Performance might not be the vehicle’s strong suit, but it handled well for its size and everyone sitting inside was more than adequately comfortable during trips. And isn’t that all anyone can ask of a luxury hybrid crossover?