25 May, 2016 11:25 AM
< >
The annual Vancouver International Auto Show (VIAS) returned once again to downtown’s Vancouver Convention Centre West in early spring. Presented by the New Car Dealers Association of BC, the five-day event continues to grow in size and scope with over 400 vehicles on display this year featuring everything from sedans to supercars. Manufacturers including Lexus, Audi and MINI debuted some exciting vehicles never before seen in the Lower Mainland.

Audi
The four-ringed German luxury automaker welcomed show-goers to its booth with a trio of impressive vehicles. The 2017 A4 allroad quattro takes the respected qualities of the familiar A4 and adds 34 millimetres more ground clearance and a unique rugged look; the RS 7 performance bumps the standard model’s horsepower up to 605; and completing the threesome was Audi’s most powerful production sports car ever: the 2017 R8 V10 plus, which uses half of the same components as the R8 LMS racecar, generating 610 hp and 413 lb-ft of torque.
BMW
Heir to the much-loved 1 M Coupe sports car, the rear-wheel drive M2 utilizes a 3.0-litre TwinPower Turbo powerplant and possesses significantly-improved stats compared to its predecessor: 365 hp, up to 369 lb-ft of torque, and a 0 to 100 km/h time of 4.3 seconds. That last number clocks in at 4.5 seconds if the driver is using the standard 6-speed manual rather than the seven-speed double clutch transmission. For racetrack excursions, an optional M Dynamic Mode modulates engine power, braking and traction to allow controlled drifts around corners. 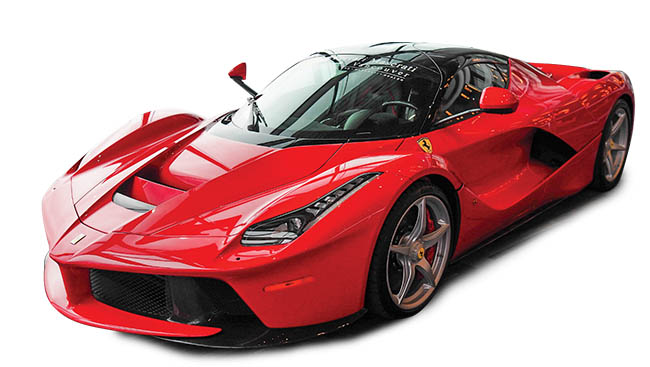 Ferrari
Ferrari Maserati Vancouver brought out five rare Ferraris to be entered in this year’s VIAS. Among the multi-million dollar collection: a 660 hp V12 Enzo that was limited to a build run of only 399; a 513 hp F50 capable of getting from 0-100 km/h in 3.7 seconds; fan favourite 478 hp twin-turbo V8 F40; a classically-styled 1980s 400 hp 288 GTO; and arguably the most spectacular of all – a 949 hp hybrid LaFerrari combining a V12 mill and a 120-kilowatt electric motor. 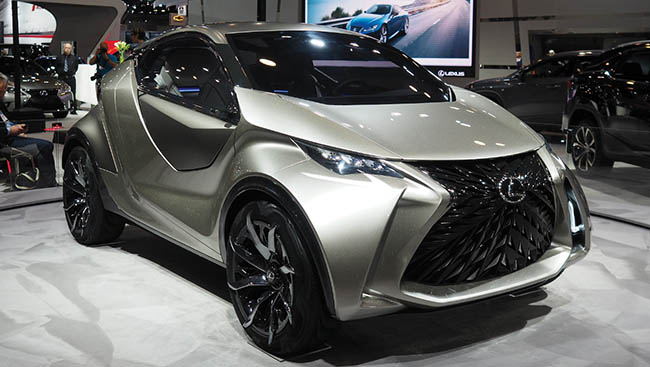 Lexus
The covers were thrown off the Lexus LF-SA concept in North America for the first time at VIAS, an ultra-compact compact two-plus-two city car imagined by the company’s European design studio. Rather than a traditional adjustable driver’s seat, it’s the steering wheel and pedals that move to facilitate a more ergonomic position. A wide-angle head up display supplements the hologram-equipped digital instrument cluster.

Lincoln
Initially visiting the Detroit Auto Show in January, the 2017 Lincoln Continental was finally unveiled to Canadians in Vancouver. Full specifications have yet to be released, but the luxury sedan will have a 3.0-litre twin-turbo V6, all-wheel drive, adaptive steering, 30-way adjustable massaging front seats and a full complement of electronic safety aids.
MINI
BMW Group took the sporty Cooper S trim of the new third-generation MINI Clubman to tempt audiences at VIAS. The split-rear-door estate car is the biggest in the brand’s lineup with a cargo capacity of 360 litres, or 1,250 litres when the rear seats are folded down.
To move the big MINI, the Cooper S is equipped with a 2.0-litre four-cylinder TwinPower Turbo engine that produces 189 hp and 207 lb-ft of torque. A total of three transmissions are offered: a standard six-speed manual, six-speed Steptronic automatic, and for the first time, an eight-speed Steptronic sports transmission featuring steering wheel shift paddles and launch control.
In time for the warmer weather, BMW Group also introduced the new MINI Convertible. Not available on previous models, a fully automatic soft-top roof can rise up or lower down in 18 seconds, and is operational while the vehicle is moving at speeds up to 30 km/h. The four-passenger Convertible has grown in size slightly, by 98 millimetres in length and 1 millimetre in height, and luggage capacity is increased by about 25 per cent. 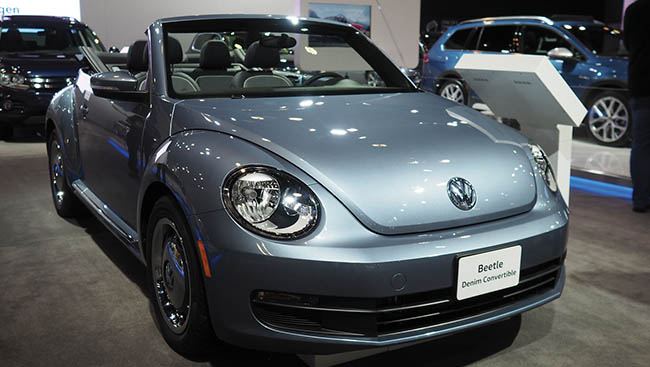 Volkswagen
VW has created yet another variant of the beloved Bug – this time, it’s the 2016 Beetle Denim. Honouring a “jeans” special edition from the 1970s, the convertible‘s roof, seat coverings, door inserts, and armrest are finished in a material resembling a cool pair of blue jeans.
The colour theme carries over to the Blue Brushed dashboard and 17-inch retro-styled alloy wheels with blue graphite painted accents. As for exterior paint colours, consumers have a choice between Pure White and the signature Stonewashed Blue Metallic.
Photos: Benjamin Yong
Prev Next

Not quite an SUV or a wagon, the Venza is a neat take on the practical people-mover first introduced at the Detroit Auto Show six years ago.

The luxury crossover receives a redesign for the first time since the vehicle’s introduction in 2006, and it’s a major overhaul.

The luxury sport sedan now looks better than it ever has before, even if it’s still biased more towards spirited cruising on highways and byways than time attacks at the local track.

THE MOTOR CITY’S ANNUAL EVENT SHOWCASED LOTS OF SPORTY GOODNESS AS WELL AS PRACTICAL AND EFFICIENT VEHICLES FROM THE LIKES OF LEXUS, BUICK, HONDA AND MORE.

Showcasing the best new vehicles As spring is rapidly approaching, so is the announcement of ...

With its gaping air intakes in the front bumper, classic twin-stalk side mirrors and quad exhaust pipes, there’s no mistaking this for a regular X5.