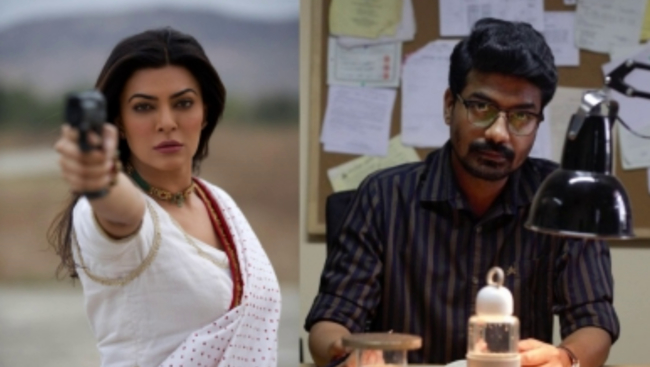 The title of the film centres around Article 15 of our Constitution, which is about Right to Equality. It prohibits discrimination of Indians on basis of religion, race, caste, sex or place of birth.

'De De Pyaar De' is a light-hearted rom-com that addresses the real and plausible, issue of an older man falling in love with a girl half his age and how it is viewed upon, by the Indian society.

Set in the pre-Independence era, in Husnabad in undivided India, director Abhishek Verman's "Kalank" is a saga of love, where all the six pivotal characters crave for love and yet, have to let go of it.

Based on true incidents, director Vivek Agnihotri's "Tashkent Files", is a fictionalised film with cinematic liberties.

At one stage, the film appears to be a documentary telling us about the birth of Bangladesh.

Set in Mathura, Director Laxman Utekar's "Luka Chuppi" is a straight-laced, frothy rom-com that panders to the concept of a "live-in-relationship".