There is an old world charm about him. Yet, he is cool and bohemian. The Nawab, Saif Ali Khan is spinning out different movies from his Illuminati Films production house and acting in them as well. This doting husband, meticulous actor and producer is a bundle of talent. Never to chase numbers, the seasoned actor recently celebrated his second anniversary with his partner, Kareena Kapoor. The national award winning actor is constantly experimenting as a performer and Happy Ending is a movie where he is going back to playing a comical character – a role in which he is most loved! With co-stars like Illeana, Kalki and Govinda, Happy Ending is sure to live up to its name!

What made you choose to work in a comedy film like Happy Ending?

This was a funny film. It’s a universal film. I found a comfort level in the storyline. Honestly, I do not want to repeat myself. Raj DK has written a very nice story and it’s a romcom comedy. However, it’s not a woman’s perspective but from a man’s instead. So this is the biggest difference. The director Raj DK has a great sense of humour. He has made the movie in a different style. The film has three main characters, and the film revolves around the intricacies from their lives with plenty of ego clashes thrown in!

Tell us about your role in the film Happy Ending.

I sort of have two characters in the film to play. Apart from being a writer – Yudi Jaitely – I also play Yogi in the film. Yogi is a cameo who will be seen in a couple of songs in different getups. Yudi Jaitley is a writer and people would sympathize with his life and the circumstances he goes through.   He wrote a book years ago and has not written anything after that. He is in need of money and is quite a sorry guy. 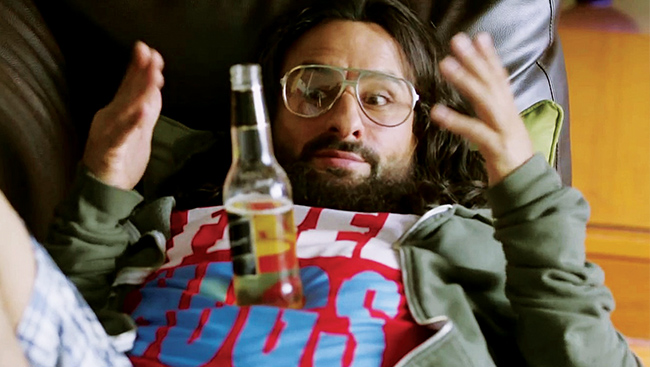 People’s life change due to circumstances and money. Does the film Happy Ending focus on this?

This was a comedy film so we cannot deal with it in a serious manner. He (Yudi Jaitely) is a happy man, he is cool. The situations he goes through in the film are really funny. Just like the English writer PG Wodehouse, who would write about rich people, he would write about Booster and his servant. He’d go to New York during winters because it’s warm in London during summers. And sometimes, he gets into trouble when his aunt tells him to meet a girl who is coming home to meet all of them. All this and more creates much comedy in his life. And seeing this one would invariably wish for such comic moments in life as well.

You worked with Govinda for the first time in Happy Ending. How was the experience?

We are two very different people. I got to learn a lot from him (Govinda) in the dance department. He is a lovely guy and a great dancer. We have tried to give him a good role in the film. We have showcased him as a star in Happy Ending. But we have very less interaction otherwise. The funny thing is that we are two different people.

Your previous film Go Goa Gone was not very successful. What do you think went wrong?

The film Go Goa Gone was less appreciated post interval which is the second part. Which is the part having the zombies. So we can say that the Indian audiences have not accepted the concept of a zombie. And that is why the film did not receive the desired success.

After Omkara, we have not seen you working with director Vishal Bharadwaj. Why is that so?

Only Vishal Bharadwaj can answer this question. 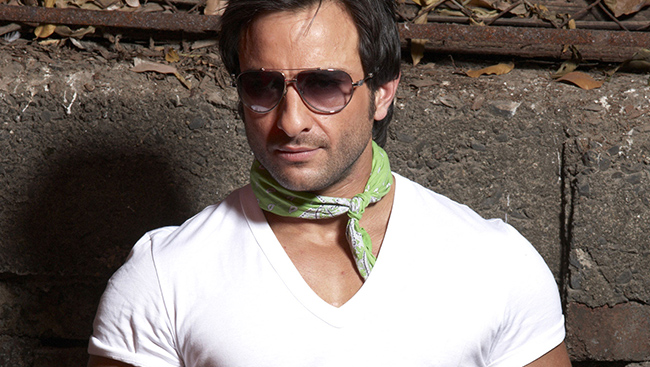 Do you have any plans of becoming a director in the future?

There is no plan as such. There is not much money in being a director. If I stop being a star, do not get any acting offers then I will think of direction. But not at the moment! Being a director can be quite a challenging experience. It’s too much of hard work.  Months before the shooting starts, the script has to be worked upon.

Your favourite way to pass time is reading a book. Could you name some of your favorites?

Honestly, I have read Alistair Maclean and others in the past, however now I am not into that [kind of] heavy reading. I am into Moby Dick and Don Quixote, books that I have missed in my schooldays! My library at home has a section on science and religion because I like reading about that. I am aware of different theological thoughts.

What are the other films that you are working on?

There is Phantom. Besides this film I am also doing movies with Sujoy Ghosh and Reema Katagi. Then there is a home production film with Raj DK to look forward to.

In an exclusive interview with DARPAN, the quirky filmmaker opens up about his childhood, his films, and life in general.

Faran Tahir - From Lahore to LA

"Pakistan always lives in my heart. I grew up on the streets of this country. It is a bond that can never break. I am so humbled by the support I receive from people in Pakistan. This love is the wind beneath my wings," Faran Tahir.

After acquiring Sikh artefacts, including the majestic sword of Maharaja Ranjit Singh, Dhillon hopes this will ignite a discussion amongst all Canadians, who will also strive to become custodians of Sikh treasures here in Canada.

The Million Dollar Arm actor won’t be throwing his hat to the ring to succeed Stephen Colbert, but has plenty of projects to keep himself busy