Tom Dutta is the CEO of KRE-AT, a motive leadership development company assisting corporations, business owners and executives in Canada and USA to develop their teams into leaders of the future.

Thomas Ashok Harold Dutta, popularly known as Tom Dutta, migrated to Canada with his parents and older brother in December 1967. “We immigrated to Canada because my parents heard through family already here that it was a land of opportunity and a great place to raise children,” shares Tom, who had a maternal uncle and his wife living in Vancouver. A few years later, Tom’s younger brother Glen was born.
Though it was a land of opportunities, the Duttas did face their share of challenges and obstacles. Tom’s father pumped gas at a gas station and went to night school to get his journeyman ticket to be an electrician. “He was in the IBEW Union and later became a teacher of Electrical Trades at BCIT,” adds Tom. His mother did odd menial jobs while raising three children.
During Tom’s high school years, he got straight A’s and won scholarships. He eventually decided to pursue banking as a career. “My high school teachers said I had a gift and should go into business. But money and what it could do for others seemed to be of interest. Very quickly I climbed the corporate ladder holding roles such as bank teller, manager, vice-president, president and CEO, and chairman of the board. I worked in five sectors (banking, IT, telecom, mental health, and manufacturing) and fell onto my natural instincts to find the way forward.” 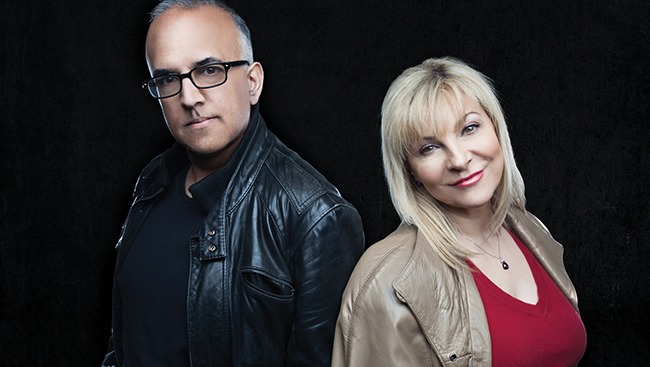 Today, he is the CEO of KRE-AT, a motive leadership development company assisting corporations, business owners and executives in Canada and USA to develop their teams into leaders of the future.
It was during his banking days that he met his wife Anna when they both worked as bank managers at TD Bank. Tom and Anna have been married for 21 years now and have a beautiful, culturally diverse family.
Coming back to KRE-AT, Tom plans to scale it to India in 2018 and then globally using virtual technology. Describing his role, Tom says, “In particular I do one-to-one coaching and mentoring for top executives and also specialize in mentoring immigrant business leaders and their families who are navigating the same path I have taken.” 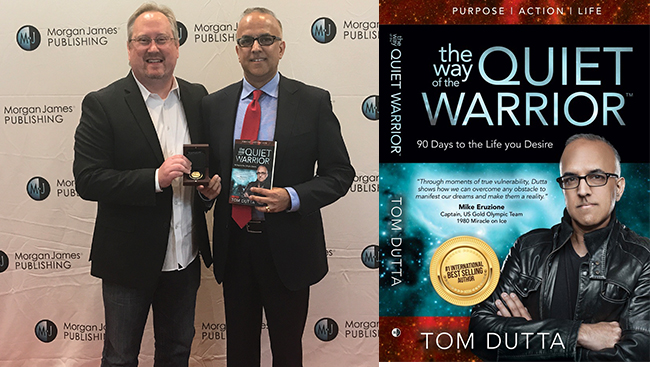 Tom is also the author of #1 International Bestseller The Way of the Quiet Warrior, which is a business tool that shares the blueprint to success. “My life work and personal journey was turned into a formula that I named The Way of the Quiet Warrior. It illustrates hidden stories of top leaders I have met, or perhaps even my own as an immigrant to Canada, and how in business we are on an unthinking treadmill but we all have greatness within and can accomplish an abundant entire life if we follow my unique process,” says the author, whose book royalties are being donated towards mental health and feeding hungry people through his foundation KRE-AT Smiles.
Tom foresees the next generation of leaders in business to be purposeful where young people from many cultures build the world with different sets of values and beliefs, making Canada more fun and a bigger leader on the world stage in the humanitarian and technology areas. “I see the gender gap lessening where more women will hold positions of power and influence. Entrepreneurs including CEOs of companies will be women and a larger segment of minorities. As the older generation retire, the new will change Canada to be even greater than it is today,” he concludes. 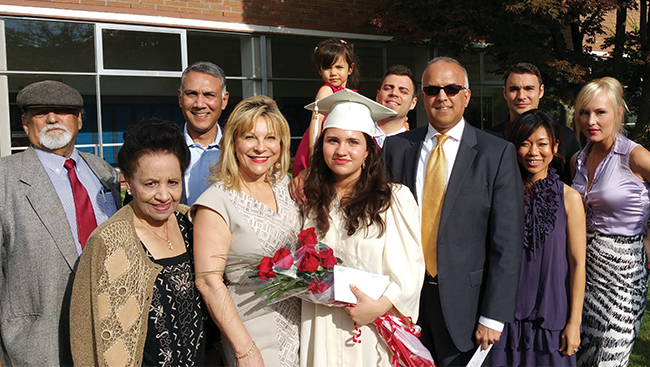 The greatest obstacle since I have come to Canada is affordability and availability for housing as it relates to our children. We have the most expensive housing market in the country and the next generation are finding it hard to enter the market without double incomes, good down payment and job stability. In business, the biggest obstacle has been shifting from a 30 year career as a paid employee to a business owner where there is more risk and no stable paycheque but the rewards are unlimited.

Resolution made for your self or family:

These are my lessons learned and what I have dedicated my life to teaching others:
Whatever your dreams are go for it and believe ‘IT IS POSSIBLE’. The future lies in our dreams and imagination, not in worrying about the past. Leave your limiting beliefs at home.

Stepping up without selling out: I have traditions and culture that I have preserved in my family but the picture of my family is what Canada truly is. In my family there is Italian blood, Indian blood, Fijian blood, and Japanese blood and in Canada we are all Canadians. Let your children make their own decisions for marriage and career so they will have no regrets.
Prev Next

It’s been 20 years in Canada for the Nairs and they describe is at being “absolutely wonderful.” Reminiscing on their journey, Domani believes they have come a long way since 1996. “We have no regrets moving here. We were able to sponsor my parents here from Bangalore [now Bengaluru] in 2000 and having them live with us was of great help when our daughters were born.”

The family’s initial impression on moving to Toronto was unpleasant. The extremely cold weather de-motivated them to explore the city. It was their move to British Columbia a few weeks later that lifted their spirits. “I fell in love with this place immediately. The weather was perfect and this place felt more like home,” Sanjay recalls.

Before moving to Canada, the couple did some research on the country and the opportunities it provides to new immigrants. “My husband worked with US and Canadian clients in India and was aware of the demand of Healthcare IT professionals in North America,” recalls Navjot