Sufi poetry infused with alternative rock and a tinge of Bollywood; this is usually the style of music that boy bands from the sub-continent produce. But what sets the band Naqsh IPB apart from the rest is that they are producing this music right here in Vancouver and the trio combines talent from both India and Pakistan. Their debut song Saajna reached almost 40,000 YouTube hits and is now all ready to be featured in a Punjabi movie. Following this, the band is all set to release their first ever album featuring ten songs early next year.

Daksh Kubba, the face of the band is also the song writer and lead singer. He was born and raised in Vijay Nagar, a small town in Delhi and moved to Vancouver when he was eighteen to study Actuarial Science and Mathematics at Simon Fraser University.

Growing up, Kubba would sing around the house, do annual shows at school with a group of kids and would write down some poetry. But it was only until he came to Vancouver that he realized he wanted to pursue this seriously.

“That’s when I started dancing, and found that music and performing was what made my soul smile!” he says.

He is to a great extent self-taught, reading online instructions and looking up images of guitar chords since YouTube was not available. 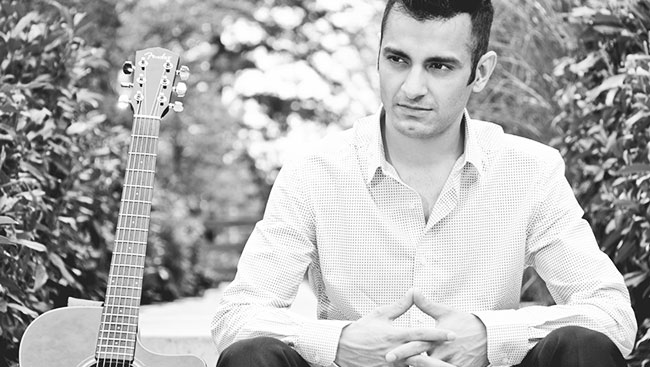 “From that point onwards, playing music, writing songs just became my happy place where I could express my thoughts, escape from materialistic world and go towards something very meaningful, peaceful and complete bliss” he recounts.

As he now plans to take up music professionally, Kubba feels his parents are to be credited for providing unconditional support in whatever he wanted to pursue.

“Every step of my life, they have been there to tell me right from wrong, critique my work and provide me feedback, kept me on the right track and not loose myself, inculcated values in me so that I’m not just chasing after a dream but also being responsible towards my family and family duties,” he says.

Kubba is a big supporter of artistically translating the cultural and linguistic similarities of India and Pakistan and this is what he says is the feature of the music produced by Naqsh IPB.

“Through our music we would love to inspire people to show love and solidarity and perhaps inspire more collaboration,” he says.

The rest of his inspiration comes from the people in his life including his friends, brothers and relationships that he’s been in. For him it comes naturally, sometimes he wakes up at night to write a song as soon as the idea springs up in his head.

He said that their most memorable performance was at EKTA show by VIBC at the Vogue Theatre earlier this year. The band particularly enjoyed that performance since the theme of VIBC’s EKTA 2014 was aligned with the message of unity that they ardently support. 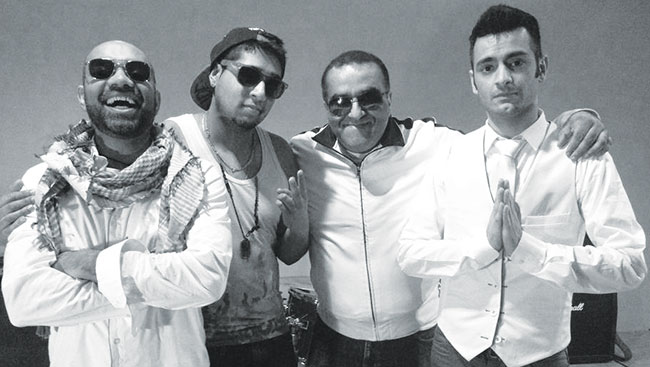 “Playing the Sufi rock music in front of an Indian and Pakistani audience under one roof, getting them involved and being a part of the performance, it was a really a humbling experience in terms of the non-stop positive feedback and amazing responses we got from the people,” he recounts.

Kubba is positive of more successes in the future and feels that their journey has just started. The band not only plans to release their album in the next year, but is also looking to collaborate with different musicians while adding various different elements to their existing style.

For Kubba, Naqsh IPB is now all set to go out and take over audiences with their music. “We’re stepping out of our studios, and doing more live performances, which we love because there is nothing like being on a stage and feeling the love from the audience” he says.

This brother-sister duo from Terrace, BC has teamed up to compete on the second season of ‘The Amazing Race Canada.’

Drafted by the Toronto Argonauts, this young UBC athlete has a promising pro-football career ahead of him.

“If you are a 100 percent certain that this is your dream then just chase it. I truly believe that you only live once so why hesitate and worry about what the world will think, because that opinion will continue to change. Wish it, dream it, DO IT! But most importantly consult with your family and friends because every superstar needs a support system.”

Not only is he the great-grandson of Dara Singh, but this 14-year-old is a multi-talented athlete playing basketball, soccer and hockey.