She charmed critics and audiences alike with her breakthrough performance in the critically acclaimed film ‘The Lunchbox’. Fans love to hate her in her recent role as an ISI agent in the popular US TV show, ‘Homeland’. Now Nimrat Kaur is all geared up to begin work on her next project, ‘Airlift’. We caught up with this versatile actor to talk to her about her life-changing role and the journey since.

Nimrat Kaur is the perfect example of those timeworn adages about passion and following your dreams.

She’s been making waves worldwide ever since the release of Ritesh Batra’s The Lunchbox, hailed as one of the most successful Indian films abroad, in which she played the lonely housewife Ila. The critically acclaimed film, which was 2014’s highest grossing foreign film at the US Box-office, was released in over 75 countries and cemented Kaur’s fame. A year later, we saw her on one of the most popular US TV show, ‘Homeland’, where she brilliantly brought Tasneem Qureshi, a Pakistani Inter-Services Intelligence (ISI) officer, to life.

While the rest of us might dub ‘The Lunchbox’ her first big break, Kaur sees it a bit differently. “My journey has not been conformed to any formula, or a classic big break. It’s been slow, sure but steady,” says the grounded actress, who considers the music videos she did for the album ‘Tera Mera Pyaar’ ten years ago as her first real break into Bollywood. “Till date, people still remember me from those and… they really snowballed my advertising career, which is what gave me the financial stability to stay on in Bombay,” she adds.

Kaur, who hails from a military background, admits that the initial decision to pursue acting was a difficult one for her. “I come from a background where you are kind of typically expected to conform to certain professions you know, like a doctor or engineer or something more ‘stable’. Plus no one [was] an actor in my family,” she explains. But it was a decision that was years in the making. Throughout her years at school and even while she was attending Sri Ram College of Commerce in New Delhi, India, Kaur always found herself performing, in some way or the other. Whether it was for a cultural event, dance or debate team, she could not ignore the siren call of the stage. “I knew that my true interest, was not something that would entail a desk job. I knew that I was not meant for a straightforward kind of a work life.”

Once she acknowledged where her passion lay, Kaur knew she had to give it a shot. Right after her college graduation, she moved to Mumbai, India, home to the prolific film industry, Bollywood. “I gave myself 6 months,” she says. “I thought if I could see a profession coming out of this interest…then I’ll stay on. Otherwise I’ll go back and pick up where I left off.” Kaur recalls how petrified she was of the big city when she first moved. “But eventually [I] found a sense of home here that I couldn’t find anywhere really…it’s been 11 years since and I am still here.”

Kaur’s gamble was obviously a success and since then she has had the opportunity to star in a number of diverse roles that really showcase her versatility as an actor. This is not entirely by design, as Kaur explains how she chooses her projects. “I’m very attracted to stories that I love to watch. Stories…that excite me.” That was one of the main reasons she knew she just had to star in ‘The Lunchbox.’

She explains that the bittersweet story was really the “biggest hero” of the film for her. “I read the story and I knew in a heartbeat that I had to be part of it.” She adds, “I think that’s probably why it has resonated the way it has you know, mostly because of how special the story was.” 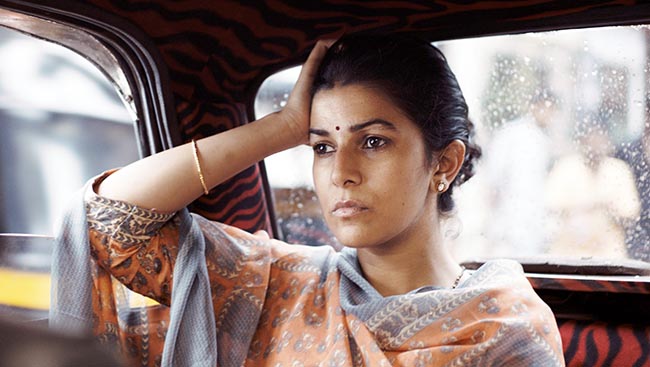 For those who are unfamiliar with the story, ‘The Lunchbox’ revolves around the handwritten correspondence between a young housewife and an older man whose paths diverge due to a mistaken delivery in Mumbai’s usually efficient lunchbox delivery system. In our technology-ridden world of today, the story certainly stands out. When I ask whether Kaur had anticipated the enormous success of the movie, she replies with an emphatic, “Oh hell no.” She adds, “I don’t think anyone did, including Irrfan (Khan), Ritesh (Batra). I don’t think anybody could have ever dreamt of what has happened to the film and where it has taken us, and how it continues to just grow.”

So how has Kaur’s life changed since the release of ‘The Lunchbox’? Professionally, she explains that it really got her recognised in the mainstream. Before the movie, Kaur kept a more low profile. “[I] was someone who people saw once in a while in an ad, a film here and there, someone who was just actively involved on the stage doing plays,” she says. After the movie’s release, Kaur feels more doors have opened for her. She talks about travel opportunities and heart-warming interactions with fans. “I have such beautiful opportunities work-wise in front of me; ‘Homeland’ happened because of ‘Lunchbox’ somewhere. So yeah, it’s been one hell of a journey for me, really. Bit of a blur.” More recently, it led her to the 2015 British Academy of Film and Television Arts (BAFTA) Awards in London, where the film was nominated for the ‘Not in the English Language’ Award. Kaur, who presented two awards on stage, shared how surreal the experience was for her. “To be in the same room that Julia Roberts and Meryl Streep were…I was just mesmerized because I’ve grown up watching them. It was just so incredible.”

Kaur is no stranger to Hollywood herself. She’s very much at home on the set of the American political thriller TV series, ‘Homeland’.  She appears in the fourth season as Tasneem Qureshi, a Pakistani ISI officer, and was nominated along with the cast of the show for the 2015 Screen Actor Guild Awards in the Outstanding Performance by an Ensemble in a Drama Series category.

Her character on the show is menacing and from the way Kaur describes her role as the show’s antagonist, it’s obvious that she really enjoys playing her. She mentions how interesting the reactions from the audience were for this role. “I think people perceive you exactly as what they have seen you in last,” she says, noting how everyone saw her as “sweet innocent” after her role as Ila in ‘The Lunchbox.’ “And then, ‘Homeland’ happened and everyone is scared. It’s almost so funny, because I’ve been in LA for meetings…and I would walk into a room and I would meet studio heads, and they would be like ‘oh my god, we are terrified of you’”

Despite playing the show’s nemesis, Kaur has a blast on set with the rest of the cast. Some of her most memorable moments on set have been with Claire Danes, who plays the lead, Carrie Mathison, a CIA officer on the show. “Claire Danes has a huge giggling problem,” Kaur reveals. “And I have a similar issue.” She recounts a specific time when they were filming a very serious scene. “Both of us are in a confrontation, its heading up to a nasty climax and we both couldn’t stop laughing.” Finally, she says the only way they could finish filming the scene without laughing was to not look at each other. “Now the way it translates on screen is like, ‘oh my god, they hate each other so much that they can’t even look at each other’.”

This stint in Hollywood has made Kaur eager to try her hand at other similar projects and she says that she can’t wait to see what else is out there. But for now, Kaur is already hard at work on her next project Airlift – a Bollywood movie opposite the iconic star, Akshay Kumar.

Based on real life events, the movie depicts one of the largest air evacuations in history when around 170,000 Indian citizens were forced to flee war-torn Kuwait in the 1990s. Kaur plays the wife of a wealthy Indian business, Ranjit Katyal (Akshay Kumar).

She offers some insight into her new role. “My character is a billion-aire’s wife and she is in the middle of this adverse circumstance when overnight all she knows as it is, is taken away. And it’s a very interesting relationship that you see developing over that whole journey, between the husband and the wife, where they start and where they end, what they personally go through. That’s what very exciting.”

On parting, I ask her what advice she would give young, aspiring actors and her answer truly speaks to how seriously she takes her craft. She sees acting as a career people need to choose for the right reasons – and not just peripheral gains like fame or money. “Any profession can bring you that. You just have to stay honest to what the job is and… not take yourself too seriously,” Kaur says. “Remember that. It’s a creative field and its something that should be attempted for the right, honest reasons.”