What did she mean by that, exactly? The luxury crossover returns with significant, yet subtle improvements and additions endowing the vehicle with its smoothest and most comfortable ride yet. And it looks better, to boot.

Wilson says the new MKX has a “longer, lower and leaner stance,” which is pretty obvious if you compare it against last year’s model. The roofline is a good 230 millimetres lower than before, creating a sportier, hunkered-down appearance. The signature split-wing grille has been ever so slightly stretched out and massaged to flow better into the adaptive “blade” headlights that have adopted the latest LED technology - each headlamp contains 37 LED bulbs. 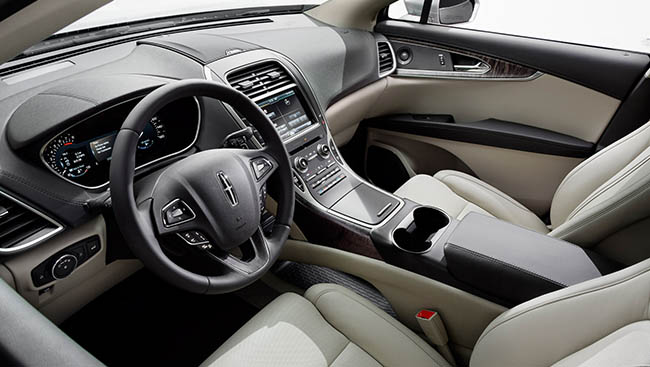 To get a better sense of the many interior and performance upgrades, the event moved from the hotel basement up to street level where journalists were able to take the MKXs onto wide-open country highways as well as narrow cobblestone village streets.

One thing the midsize SUV has always done well is greeting drivers with friendly welcome lighting as they approach, and for 2016, the process is refined even further. Sensors detect your key fob within approximately three metres and trigger the LED daytime running lights, and then the Lincoln logo is projected at your feet from underneath the folding side mirrors, followed by soft door handle illumination. A similar sequential lighting experience happens when you get inside too. 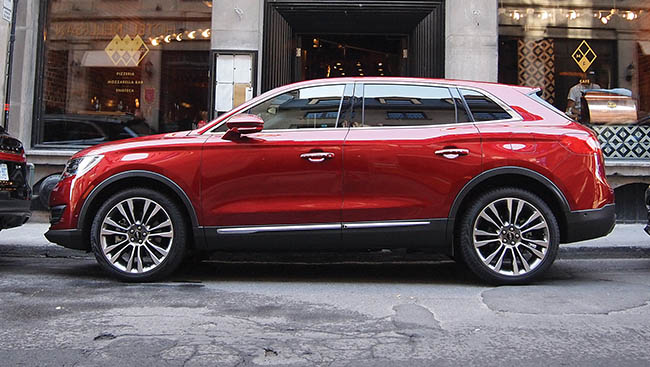 Before pressing the start button, I familiarized myself a couple of things, like the equipped 22-way front seats with Active Motion. Motors in the cushion continuously provide gentle stimulation to reduce back pain and fatigue. I opted to turn on the full massage function - available for both driver and passenger - during the trip.

After I had the seating sorted, I turned my attention to the optional Revel audio system. Depending on your package, 13 or 19 speakers flood the cabin with clear sound and punchy bass at any speed, thanks to all the sound insulation and the acoustic glass windshield.

It was time to fire up the engine. Returning is the 3.7-litre, 303-horsepower V6, but in my tester was the new 2.7-litre twin turbo EcoBoost V6 churning out 335 horsepower and 380 lb-ft of torque. Unlike some of the other EcoBoost powerplants installed across the Ford lineup, the one installed in the MKX runs in a whisper-quiet manner, helped no doubt by some of the noise insulation touched upon earlier. 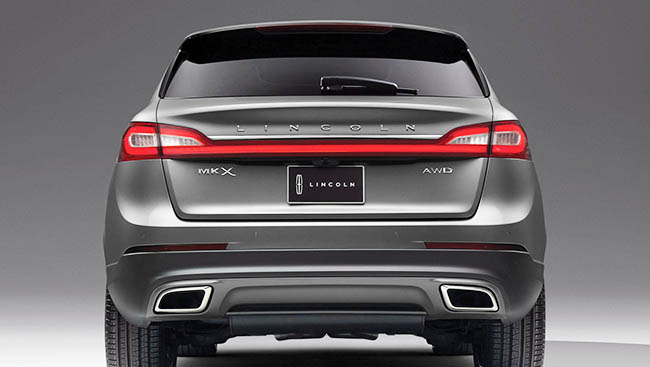 No matter your choice of powerplant, a six-speed automatic and all-wheel drive are standard. A thoughtful transmission addition is Auto Hold, which when activated, keeps the vehicle stationary without having to hold down the brake pedal. I found myself enjoying this feature in some of the stop-and-go traffic in town, pressing the accelerator to inch forward and then being able to freely release my foot afterwards.

After approaching one of our destinations, I discovered one more piece of particularly useful technology. An available 360-degree camera system makes parking the crossover a much easier process than it might otherwise be. You can see over two metres in every direction on the display, and in very James Bond fashion, the front camera is hidden inside an electronically articulating front Lincoln badge. If you want to let the computer do the heavy lifting for you, there is perpendicular, parallel, and even park out assist.