In Canada, one in five children is at risk of going to school without a nutritious morning meal.

Since childhood, we have been taught that ‘Breakfast is the most important meal of the day.’ Yet, most of us fail to follow this practice. In this fast-paced world of long, tiring work schedules, less hours of sleep, and irregular eating habits, one hardly seems to have enough time to slow down and eat breakfast, let alone a healthy one. This isn’t a problem among adults alone; statistics say that in Canada, one in five children is at risk of going to school without a nutritious morning meal. “This equates to just over 1 million children. In First Nation communities we are finding this number to be almost double, to 1 in 2 children at risk. The risk is also 2.5 times higher for newcomers and immigrants,” says Benjamin Neumer, Senior Business Development Advisor, Western Canada, at Breakfast Club of Canada.
Founded in Quebec in 1994, Breakfast Club of Canada is a non-profit organization that provides funding, equipment, training and support to school breakfast programs across the country. The organization is currently operating in 1,600 programs across Canada, feeding over 200,000 children every school morning. 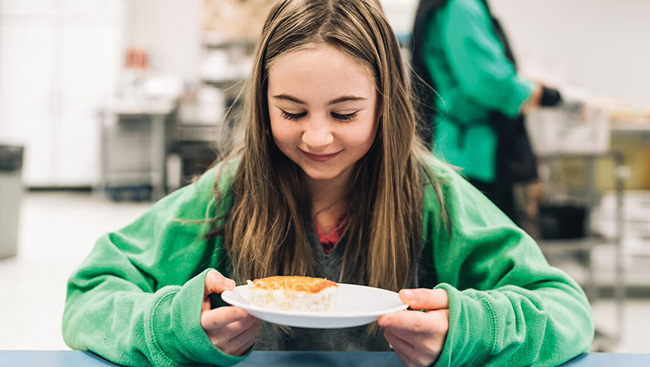 Neumer points out that there are multiple reasons children may be deprived of breakfast. “This could be due to financial constraints within a family, lack of available nutritious foods due to geographical locations and remoteness of a community, timing on how long a child must travel to school in the morning, or children simply not being hungry before leaving the house, and not receiving a proper meal until lunchtime.” Additionally, Neumer says that although many schools, teachers and parents understand the importance of breakfast, there may be a lack of understanding on what makes up a nutritious breakfast.
Food and nutrition are important factors for a child’s growth and development and for a healthy adult life. Missing out on the most important meal of the day can have adverse effects on kids, especially school-going children. “Almost 60% of school learning is done before lunchtime, therefore a child’s physical, mental and educational ability depends on it,” asserts Neumer, “Studies show increases in attendance, memory and cognition, increased learning time and lower issues of physical and mental illness when children receive the first meal ofthe day.”
Breakfast Club of Canada is on a mission to give every student access to a nutritious breakfast before school, so they can reach their full potential and have an equal chance of success in class, in their community and in life. Of the 303,852 kids in Canada attending Breakfast Club programs each morning, 8,100 of them are right here in BC. And there are 110 B.C. schools still on the waitlist. The organization works with certified dieticians and nutritionists to help plan menus for school programs. “We also empower our programs to teach children themselves the importance of healthy food choices, and to bring what they learn home to their families,” adds Neumer. 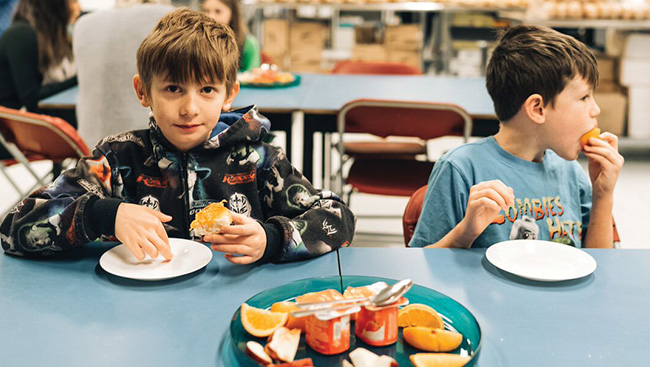 Lack of breakfast among growing kids in Canada is slowly becoming a concern that can affect the future of the country. Like Breakfast Club, there are many advocates, charitable organizations and resources working together to bring child hunger in Canada to an end. President’s Choice Children’s Charity recently committed $150 million in fundraising and corporate support over the next decade to address childhood hunger. “There is still a lot of work to be done,” states Neumer, “Canada is currently the only developed G8 country without a nationalized breakfast program, and the Club currently has around 500 schools on a waiting list for fundraising.”
It’s about time we start understanding the importance of a nutritious breakfast and make it a daily practice in our lives and that of our children. Let’s build a future for them that is healthy. So, what’s for breakfast today? 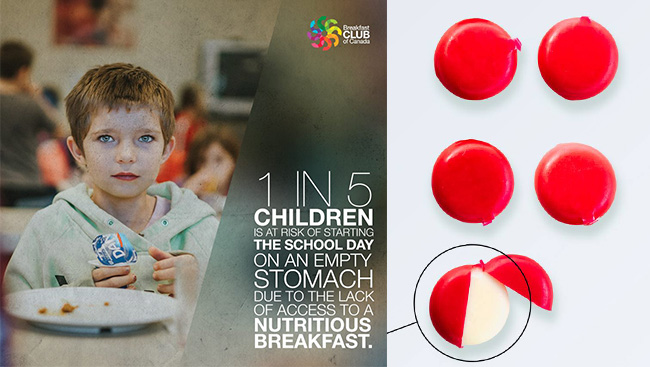 One in five children is at risk of starting the school day on an empty stomach due to the lack of access to a nutritious breakfast.

Nearly one million Canadian children are at risk of going to school on an empty stomach every school morning.
That is 40 per cent more than the entire population of Downtown Vancouver.

95 per cent of teachers agree that children who start the day without eating breakfast on average engage less
and perform worse academically than those who have had breakfast.

87 per cent of teachers agree that children who don’t have breakfast are more reserved and less interactive.

86 per cent students who are hungry are more likely to engage in bullying than their peers.

61 per cent of surveyed teachers observed that hungry students struggle to make friends.

Bring back the dirt

In South Asians, the risk of developing allergies is particularly high for children born to immigrant parents in North America.

Bring back the dirt

Money can often be a taboo subject to discuss, but it’s important for parents to take charge and teach their children about personal finance and money management. When it comes to teaching your child about money, where do you start? According to the Financial Consumer Agency of Canada (FCAC), it is best “to start teaching children about money when they’re young. If you start early, you can build on their knowledge as they grow.”

Being a new parent to a beautiful daughter, Sarbdeep felt the urge to create something for the younger generations to come.

This year’s theme is Walk on the Wild Side.

After giving birth, find the right class or program for yourself and get out there with your baby. Not only will you meet new people, but you are taking care of yourself, both mentally and physically, after the baby is born.

Breastfeeding vs. formula: A mother’s choice

We do great injustice to mothers shaming them as ‘bad’ or ‘good’ mothers based on their breastfeeding preferences.

Breastfeeding vs. formula: A mother’s choice