Darpan News Desk, 17 Jul, 2017 12:58 PM
Famous athletes are among the most visible people on the planet. Because of that it’s no surprise that many of them end up becoming fashion icons. Like some other celebrities they tend to get away with louder and fancier outfits than a lot of ordinary people would wear. But for those who are particularly fashion-forward, or are just looking for inspiration, athletes can actually be great to keep an eye on.
To that end we’ve put together a list of 10 of the most fashionable athletes in the world. Keep an eye on the looks these people show off, and you’ll get a great sense of how to combine class with cutting edge style.
Cristiano Ronaldo
The Real Madrid and Portuguese footballer is among the best and most recognized athletes in the world, and it’s not just because of what he does on the field. Yes, he’s probably the deadliest striker in world football, but he’s also known for presenting a clean-cut image off the field. He tends to model a lot of sportswear and underwear, but he’s one to also watch for high-end suits and tuxedoes. That's not to mention he’s about as well groomed as any male celebrity.
Serena Williams
Not too long ago, Sports Illustrated put together a list of the 50 best-dressed athletes, and Serena Williams was the only female athlete in the top five. Williams is the best women’s tennis player of all time (and one of the best tennis players period), and whether she’s playing tennis or appearing away from the court she tends to dress boldly. Williams’s fashion sense isn't predictable, but it’s always interesting and often stunning.
Henrik Lundqvist
Lundqvist rounded out the top five in the aforementioned Sports Illustrated list, and was one of the most surprising selections. That’s because hockey players, with their heavy pads and helmets, just aren’t as visible as most other athletes. As a goalkeeper, Lundqvist is particularly tough to get a visual feel for. But a closer look at this athlete’s style away from the ice reveals a refreshingly low-key approach. He skips the flash a lot of celebrities go for but consistently presents a classic clean and tailored look.
Russell Westbrook
Westbrook was everywhere this past NBA season. He was called the “NBA’s biggest hot shot” in a playoff preview at a site posting analysis and predictions for sporting events. He also introduced some styles at postgame conferences even wilder than his characteristic eccentric taste. Westbrook isn't an ordinary fashion icon, but by wearing whatever he wants he’s become one anyway. If you’re a fan of particularly bold taste, keep an eye on him. 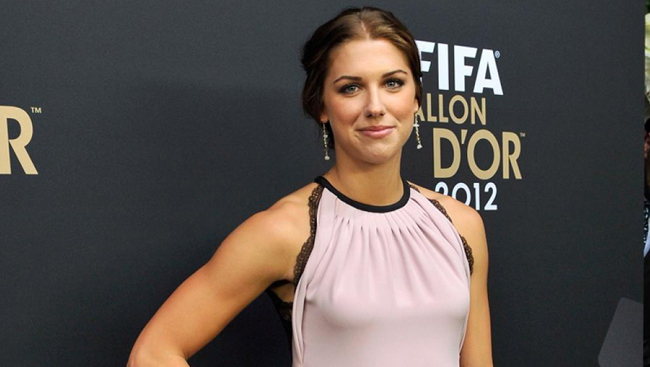 Alex Morgan
The U.S. soccer star has a refreshing sense of style off the field. Considered by many to be a great natural beauty, she extends to look to her attire, often making simpler outfits look terrific. There’s also often a sporty edge to her look, which separates her from a lot of athletes who tend to dress more like actors or actresses taking the red carpet at the Oscars.
Lindsey Vonn
Vonn, the legendary American skier, has a unique ability to make outfits that wouldn’t necessarily pop on a mannequin stand out. That’s not to say she doesn’t wear very nice clothes. The point is that she tends to light up in front of photographers in a way that makes whatever she’s wearing, formal or casual, look appealing and interesting.
Tom Brady
Brady is best known as perhaps the greatest quarterback in NFL history. He also does more involving fashion than just about everyone else in his league combined. Brady has advertised for a number of fashion and accessory companies, and as a result he’s become known for a carefully fine-tuned image. He’s got a high-end but comfortable look, more imitable than the average celebrity’s look.
Gabby Douglas
Gabby Douglas won the world over with her glowing performance at the 2012 Olympics, and featured prominently again for the U.S. gymnastics team in 2016. As a young adult, she’s also become known for her fashion when she’s not competing. One article on a site promoting college fashion looks for women called her style “sweet and girly.” It's not a bad way to put it, though it might sell the maturity of her fashion sense short. 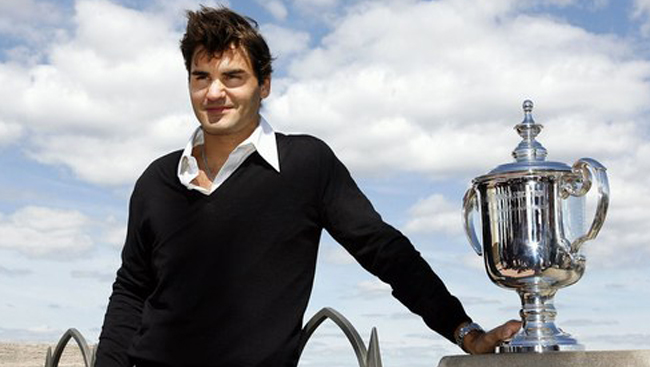 Roger Federer
Viewed by most as the best tennis player of all time, Federer has made a splash in 2017 by returning to peak form despite being in his mid-30s. After a months-long absence from the sport due to injuries, Federer returned to earn a surprise victory at the Australian Open earlier this year. But if there’s one thing about him as brilliant and consistent as his game, it’s his sense of style. Federer dresses like the consummate gentleman, constantly displaying a blend of rich and casual looks that you can’t help but want to make your own.
Maria Sharapova
Perhaps the most traditional fashionista on this list, tennis champion Maria Sharapova goes for the high-end looks. She’s known for making strong, memorable appearances on red carpets, and she’s even earned a seat next to legendary Vogue editor Anna Wintour during Paris Fashion Week. That about says it all.
Prev Next

Must-have’s for the Well-Dressed Man

The ultimate guide for the “Gentlemen” does not exist. What does exist is a set of recommendations that will keep your game sharp and style on point, no matter what the occasion or season.

Must-have’s for the Well-Dressed Man

In the western world of dressing, the traditional outfit is making a comeback. Here’s all you need to know about the traditional Vaisakhi outfit for men and women. Dress up in vibrant dresses and become the center of attraction this festival.

Harper’s Bazzar Bride is going to be a huge attraction this year where they will be representing top 10 designers from India, namely Manish Malhotra, Sabyasachi, Rohit Bal, and Anita Dongre, among others.