Ex-adult star, Sunny Leone, perhaps doesn’t need any introduction. After all, she is the most searched celebrity on the Internet. Despite this, there is a certain mystery attached to this gorgeous Canadian-Indian actress who has taken the Bollywood industry by storm ever since she set foot in 2010.

What changes have your experienced since the time you first started as a Hindi film actress until now?
Everything has changed. Initially, I didn’t know what I was doing or where to start. Today, I have learned so much about the craft and I am still learning every day. With each film that is released to each song or shoot, there is something new that happens. 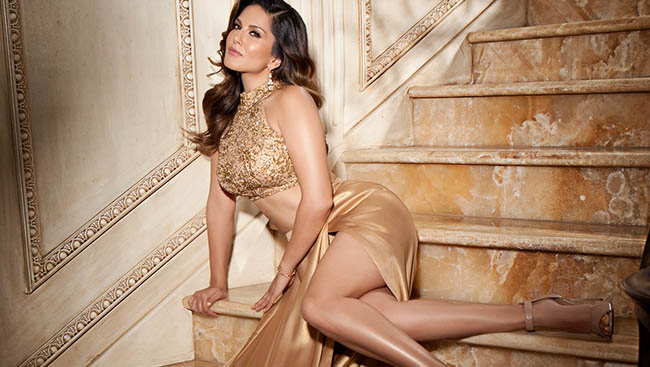 What perception did you have of the Bollywood industry when you started?
I had no set perception about the Bollywood film industry. I am only glad that I was given the chance I was waiting for, and I wanted to prove myself. I still feel that way.
Were you a film buff before you joined the film industry?
I was, more so when I was younger. But after my parents passed away, it was too hard to watch films because when I was growing up, it was a family tradition to watch films together. I love watching Bollywood films now as well.
You are also a writer; you have written a book titled Sweet Dreams, which includes 12 short stories. Do you intend to explore other creative aspects of cinema like scripting and directing in future?
No, not at all. I am not a writer. I took up that project as a challenge but I am not sure it will be something I will continue to do. I take projects that interest me or are a challenge for me. I enjoy the idea of keeping myself on my toes.
Bollywood happened to you accidentally, when Mahesh Bhatt offered you Jism 2 while you were still in the Bigg Boss house, but was there ever a plan or a childhood dream of becoming a Hindi film actress?
I always wanted to be an actress, so it really didn’t matter if that was in English, Hindi or any other language. I love that I have been given this opportunity to be here.
Can you tell us about your forthcoming projects?
At the moment I am working on Tera Intezaar and it’s been a great shoot so far. I have two more films which I will be shooting this year. I have already signed them and I am very excited about it.
How do you usually interpret your characters and make them yours?
My interpretation doesn’t matter; it’s more about understanding the character itself and becoming the character that was created. I work very hard with my Hindi acting coach to understand my character.
What are your career plans? Is there any particular kind of a film that you would like to do in the future?
I would love to play a superhero in a film someday. 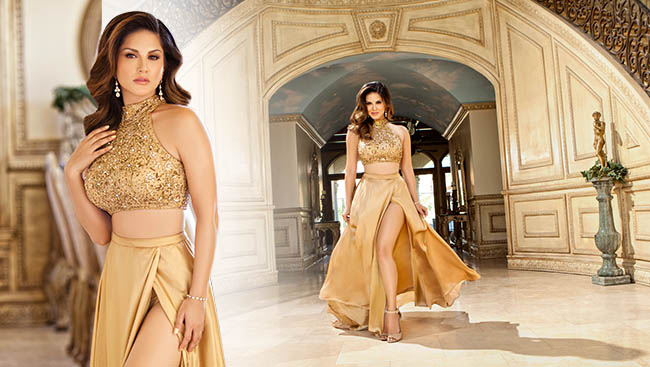 What kind of cinema do you believe in?
I believe in all kinds of cinema.
Apart from films, what other interests keeps you busy?
I have my perfume line Lust by Sunny Leone, my game – “Play Teen Patti with Sunny Leone” (an Android game similar to poker), my shows, shoots, and appearances… there is plenty of stuff to keep me busy. Then, I love being home with my dogs and spending time with my family.
And what are the things that make you happy?
My family, dogs and my husband.
The film industry is known to be very uncertain, do you have any insecurities?
Yes, of course I do but those insecurities help me push forward.
You have worked in over 15 films till now, have you made any friends in the industry?
I know a lot of people but not sure about friends. I have definitely made some friends that are not actors though; they are the friends I will have for life.
The word ‘bold’ often has a very one-dimensional meaning to it when one uses it to define an actress, however, it is a lot more than an actress showing off her skin. What does playing a bold role mean to you?
I don’t really understand that word and everyone’s definition is different. It’s weird. I believe being attractive is the reason most of us watch films.
While the industry did give you a warm welcome, there are still a lot of people who are not exactly nice to you. Where do you get the strength to ignore/fight all your detractors?
Mainly from the way I was raised, and also having great people around me. And most of all, my husband is my biggest pillar of strength. We work through everything together.
Lastly, what is your dream now?
Just to work and be happy.
Photo credit:Holly Randall
Prev Next

A voice so pure, it instantly touches your heart. Diljaan, the popular voice from Sur Kshetra con...