Darpan News Desk Darpan, 26 Feb, 2014 03:37 AM
Even though filmmaker Mira Nair is known for the timeliness of her movies, not even herself could predict how relevant her latest production would become. The Reluctant Fundamentalist, a tale of a young Pakistani man who grows increasingly disenchanted with his adoptive country–the United States – hits close to home, given the recent events in Boston and the perpetrators inability to assimilate.
“I’m close to Boston, I went to school there for many years, so I feel it in a distinct way. But also feel the hatred and the racial profiling. It’s unfortunate, but not surprising. We’ve seen this in our lives fairly often in the last decade,” says the filmmaker.
The immigrant pledge is the unifying theme in Nair’s body of work. Born in Bhubaneshwar in the Orissa province of India in 1957, Mira studied at Delhi University, than moved to the US at a young age to continue her studies and pursue sociology at Harvard University.
After a decade working in documentaries, Nair dipped her toe in drama. Her feature debut went on becoming the smash hit Salaam Bombay (1988). The film not only broke the language barrier (it made over $2 million in the subtitle-adverse US), but also gave Mira her only Oscar nomination to date (Best Foreign Language Film). Nair will come full circle when Salaam Bombay, the Musical hits Broadway, possibly at the end of next year.
Somewhat unexpectedly, the filmmaker decided that, instead of building a career in the comfort of her native country, she would do it in Hollywood. Her strategy led to a number of modest hits (The Namesake, Vanity Fair) and misses (Amelia, The Pérez Family). Alas, Nair has consistently put out a film every other year.
Every so often, Mira would bring her wide-ranging sensibilities back to Bollywood, as seen in Monsoon Wedding and Kama Sutra: A Tale of Love. Nair explains “People are complicated, filled with tenderness and brutality. And yet, so often we are shown the world as black and white. I make films to remind us we are many things and we must find our own way in this global world.”
The Reluctant Fundamentalist is an entirely different beast whatsoever.
A thriller spanning four continents, the film follows Pakistani born Changez (Riz Ahmed), an Ivy League-educated Wall Street financial analyst, who rediscovers his identity following the events of 9/11 and the treatment of Muslims after the attack. The movie combines Hollywood staples like Kate Hudson and Kiefer Sutherland with Bollywood luminaries Om Puri and Shabana Azmi. 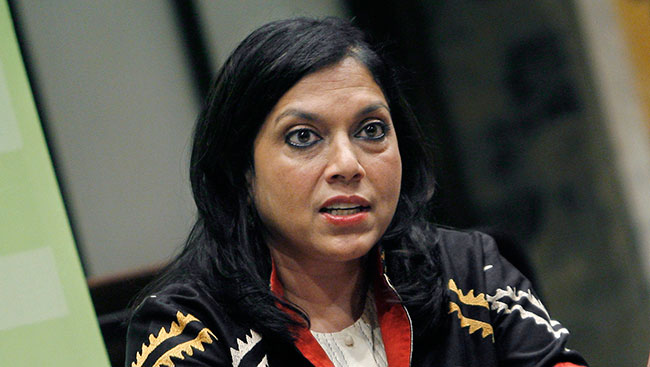 As a way to give back, Mira Nair created the Maisha Filmmaker’s Laboratory in 2004. The goal is to support screenwriters and directors of East African and Indian origin. So far, the Uganda-based entity has received 500 emergent filmmakers and produced 29 short films. Funding is a major issue, but Nair believes empowering the youngsters to tell their own stories is well worth
the hustle.
This director and producer has won numerous awards, including a National Film Award and been nominated for an Academy Award, Golden Globe, BAFTA Awards and Filmfare Awards. She was recognized as the India Abroad Person of the Year in 2007, than received the prestigious Padma Bhushan, which was presented to her by Indian President Pratibha Patil. Nair is married, has a son and resides in New York, Uganda and Kampala.
Q&A with Mira Nair
What do you try to achieve with your films?
I know both the Western and the Islamic world very intimately. What I’m desperate for is a dialogue, and for so long we’ve been subjected to a monologue. We never hear where the soldiers go when they fight for freedom and democracy, what was the place the bomb dropped on, what’s the name of the Iraqi woman that just died. If you pay attention to the movies about the Vietnam war, the characters the US is fighting for, don’t really exist. We need to know who are “the others” and realize how utterly human they are.
Can you share recent, powerful memories of India?
I experienced something very special in Delhi’s twin city in Pakistan, Lahore. Both towns were laid in the same century, and have the same architecture. As an Indian, you don’t get invited to cross the water often. I felt in love with the place, the warmth, largess of spirit, all the incredible artistic expression in every media. It was an unbelievable experience in a city you never read about in the newspaper. We desperately wanted to shoot The Reluctant Fundamentalist there, but we couldn’t get the insurance to take the actors. In the end, we filmed the second unit in Lahore, and included the iconic streets and channel that goes across the city. But the interiors, the tea house and the riot scenes in the university were done in Delhi. 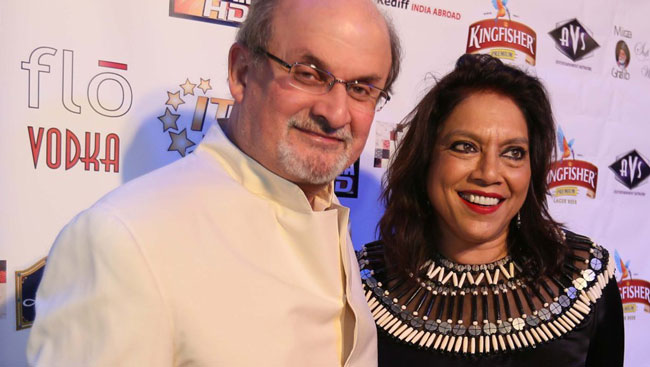 What is the biggest misconception about you?
I live in three places, including Kampala and New York. It’s wonderful to be in Manhattan and know who is making what and how successful someone is. But in Uganda, none of this matters. It’s a very humbling thing to be in a place, [where] no one knows about the movie business. That’s why I don’t engage on what people think of me.
Do you believe movies can change the world?
I had one very direct experience in that regard with Salaam Bombay. From the profits of the film, we created a trust fund for street kids in India. One life at the time, 5,000 a year have been impacted by what we are doing. Also, I hope my movies make you re-evaluate things you thought you knew.
Prev Next

In 2003, he set a record for his age group in the Toronto Waterfront Marathon – 5 hours, 40 minutes. Same year, he finished the London Marathon in 6 hours and 2 minutes. In 2004, he was featured in an Adidas advertising campaign alongside David Beckham and Muhammad Ali. He holds eight ‘world age group records’ in one day. An exclusive chat with the inspiring Mr. Fauja Singh.