Despite only being on the market since 2012, Acura’s most affordable sedan, the ILX, has already seen its fair share of alterations. Dropping the slow-selling Hybrid model last year, the ILX gets an early start on 2016 with a different engine, a significant facelift and an additional trim level that I tested: the top-level A-SPEC grade, which includes a handful of sporty exterior and interior additions.

I’m going to start by saying the refresh looks fantastic, particularly with the Orchid White Pearl paint (are there any Honda/Acuras that don’t look good in this colour?) The front end of the vehicle is much bolder - embodying sharper lines, bigger intake ducts, a new “shield” grille resembling a silver stealth bomber, and the signature Jewel Eye LED headlight makeover as standard. The changes to the rear are less dramatic with combination LED taillights and a bumper housing a pair of vents to match the front. A-SPECs also come bundled with fog lights, side aero, flush rear spoiler, and 18-inch wheels.

Most of the interior revisions have to do with comfort and convenience, such as suede seat trim for the A-SPEC, standard Siri Eyes Free smartphone connectivity, Active Noise Control designed to cancel out offending sounds using counteracting frequencies from the audio speakers, and available Aha Internet radio service.

Trims above the base come with an eight-inch top and seven-inch bottom On-Demand Multi-Use Display infotainment system that I continue to find tricky to use, simply because of the number of displays and mixture of interconnected touchscreen and physical buttons. GPS is built-in to the upgraded package, but I found it to be slow and at times laggy to respond to commands. 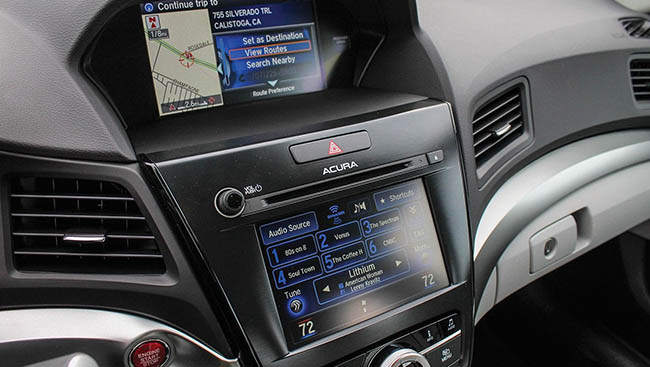 The award-winning AcuraWatch safety suite now comes on all ILX models, encompassing a wide-array of features like lane departure warning and lane keep assist. The former sounds an audible alert to let you know when you’ve drifted outside your lane, and if activated, the latter will actually nudge the steering for you to keep you within the markers. It’s especially helpful for long highway commutes.

Gone is the old 2.0-litre engine and in its place is the lone offering for all ILXs, a 2.4-litre, i-VTEC motor putting out 201 horsepower and 180 lb-ft of torque - that’s an increase of 51 hp and 40 lb-ft, respectively. Power is handled through an eight-speed dual clutch automatic transmission (DCT) with paddle shifters. While fuel economy is above average, hovering around 11.2 L/100 km in combined city and highway conditions during my relatively short test period, there isn’t much to say about the driving experience.

Acceleration is not a problem with posted 0-100 km/h times of under eight seconds, yet somehow the car feels more an appliance than it does a sports sedan as it’s labelled by marketing. Updates to the electric power steering help to create a better feel on the road, but I just didn’t find ILX that fun to drive. The DCT handles shifts quickly and seamlessly, although the engine can sound whiny on downshifts and in Sport Mode when the gears are held longer. Bear in mind this is Acura’s so-called gateway luxury vehicle, and there are plenty of other choices throughout the lineup if more refinement and/or thrill is what you’re after. 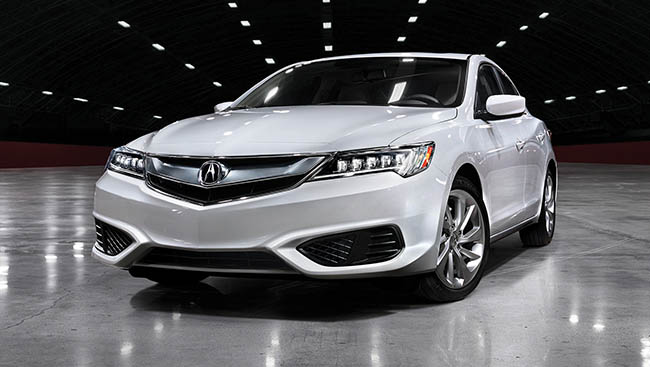 TOP OF THE LIST LUXURY OFF ROAD SUV My connection with all-wheel-drive (AWD) vehicles go back...

Premiering at 2014 Canadian International Autoshow in Toronto, the C is completely redesigned and comes in two flavours for our shores: the four-cylinder C300, and the one I tested, the C400 bi-turbo with a V6.

At about $30,000 dollars for a new MX-5, they are a lot cheaper than many convertibles on the market and as far as I am concerned, just about as much fun.