Here are our top four picks of the latest must-have gadgets at the moment.

As good as the built-in cameras on the iPhone are, wouldn’t it be great if they were just a little bit better so you could completely forget about hauling that clunky DSLR along on trips? Well, the DxO One might be just the solution. The miniaturized pro-quality camera features a 20.2-megapixel one-inch sensor – ideal for low-light photography – wide-aperture lens and connects to your iPhone or iPad via a concealed Lightning plug, piggybacking off your device’s screen. Housing an onboard battery and MicroSD card, the One can also be operated independently for spontaneous shooting.
The DxO One was released in the fall of 2015, but has been steadily receiving updates and extra accessories increasing the tiny camera’s array of functions and value. Since launch, it has gained remote control over Wi-Fi, or the ability to go underwater thanks to a rugged snap-on outdoor case. Issues such as wandering autofocus and sub-par battery life have been addressed as well. The next soon-to-be-released update brings support for multi-camera Facebook Live streaming directly within the proprietary app.

For those not familiar with the name, this mobile device is produced by global telecommunications company ZTE, which is headquartered in Shenzhen, China, and just happens to be the fourth largest smartphone manufacturer in North America. In January, ZTE released the Android-based Axon 7 Mini, a slightly smaller version of its flagship Axon 7 model. The sleek and fully aluminum Platinum Gray case was actually created by BMW Group’s Designworks, a studio that has worked with in-house brands like Rolls-Royce and MINI among other non-automotive businesses.
The specification highlights are impressive: a vibrant 5.2-inch AMOLED 2k display, 16-megapixel front/eight-megapixel rear camera capable of recording in 1080p; easy-access rear fingerprint scanner; Qualcomm Quick Charge 2.0 that can top up the large-capacity 2,705 mAh battery in just 90 minutes; MicroSD card slot compatible up to 128 GB; and dual front-facing speakers equipped with Dolby Atmos HiFi technology generating almost 3-D stereo sound. A 1.5 GHz Octa-Core Qualcomm Snapdragon 617 chip provides plenty of processing power.
The Axon 7 Mini is available in Canada at any Virgin Mobile for $49 on a gold two-year term. 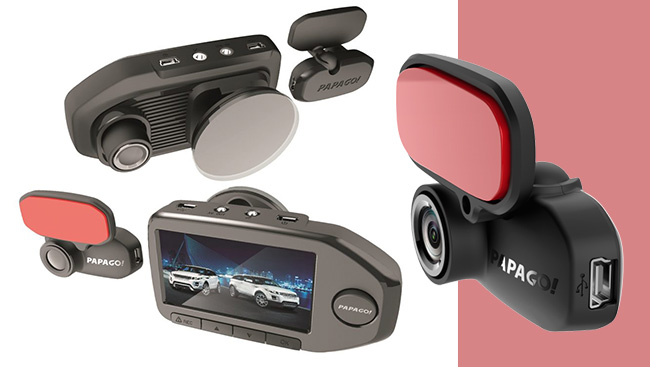 Dashboard cameras have exploded in popularity, and it’s no wonder why: they constantly record what’s going on in front of your car, in high definition, so you’re later able to play back video and relive road trips or recall important evidence in the case of an accident. The only problem is that footage is only captured in one direction. Until now. The GoSafe 760 comes bundled with a secondary satellite camera mountable at the back, or anywhere else inside the vehicle, connected to the main unit using a supplied USB cable. Each feed can be displayed separately or simultaneously in split-screen mode on the primary display.
Aside from recording, you can activate a variety of driver assistance settings including stop sign recognition, fatigue warning, and headlight reminder. PAPAGO!’s TireSafe D10E kit, sold separately, effectively turns the dashcam into a tire pressure and temperature monitoring system, and an optional GPS antenna allows speed and location data logging and automatic time correction. Prices start at $299 and you can find the GoSafe 760 at Staples, Amazon, Best Buy, and more. 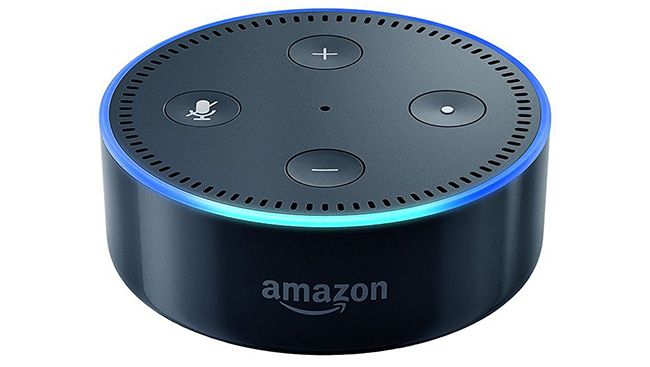 Although Amazon’s Echo Dot isn’t for sale in Canada yet – not to worry, it’s coming – the product deserves mention because it’s only a matter of time before these become household items. In its second generation, the Dot is a voice-controlled device that utilizes Alexa (Amazon’s Siri) to play music, act as a smart home hub, provide information, read the news, set alarms, and more. Users simply have to say “Alexa” followed by a command or question. It has an integrated speaker, but can interface with an external speaker over Bluetooth or a physical cord.
Several third-party manufacturers have made hardware that can “talk” to the innovative Amazon invention. The Wemo Switch, for example, is a Wi-Fi-enabled socket where anything plugged into it may be switched on or off by a companion app, or your voice when synced to the Echo Dot.
Prev Next

uly is National Cell Phone Courtesy Month, and a time to take a look at the bad habits many of us have developed around the incessant texting, emailing, calling and being connected 24/7.

The faucet, which will be available at home improvement stores across Canada in the spring, activates when your hand or an object passes within its sensor range.