Best mobile apps for people on the move

What did we do before smartphones? These incredibly powerful handheld devices have forever changed how we go about our daily lives, and that includes helping us get around easier, and in a more enjoyable manner, than ever before. From a crowd-sourced navigation app to software rewarding cyclists with free beer, here are the best apps for the mobile-minded right now.
car2go
The official car2go app is the key to accessing the blue and white Smart Fortwos found littered on streets all over Vancouver and other parts of the world. Once downloaded and logged in, users are able to see the location of the nearest unoccupied vehicles and reserve one, navigate to its location via turn-by-turn directions, and unlock the doors to start the trip. Afterwards, the doors can be locked and the trip ended as well. As of recently, the entire process is completed on your phone and a membership card is no longer required.

Waze
Billed as a real-time, crowd-sourced navigation app, Waze is like an interactive Google Maps. While open, the app collects information about your drive automatically, for example when a slowdown occurs due to an accident or roadwork. “Wazers” also have the option to report traffic incidents, either through voice commands or by pressing a small orange button on-screen. The updated data is instantly communicated to more than 50 million active users who may then give a thumbs up to confirm the submission and thank the person responsible, or issue a veto indicating the issue is no longer present. 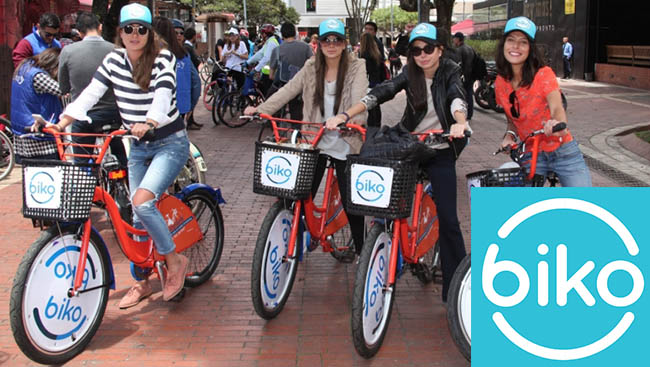 Biko
Everyone loves rewards, right? Three Colombian partners launched Biko in late summer, a platform that “pays” cyclists one digital coin per kilometre travelled. The virtual currency can later be traded in for real goods from Big Rock Brewery, Rocanini Coffee Roasters, Two Wheel Gear, Bike Doctor, and 100 more local businesses. Alternatively, the coins can be donated to charities like Children’s Wish Foundation and United Way. In September, Pacific Blue Cross announced it would be matching Biko donations, up to a total of $25,000 spread amongst the six participating organizations.
Uber
Although not available in the Lower Mainland yet, the ridesharing service Uber needs little introduction. Loading up the app allows riders to hail different types of vehicles from an entry-level uberX passenger car to something much more upscale with uberBLACK. It shows your driver’s name, estimated time of arrival and even a list of contact methods. In addition, there’s an Uber Driver application designed for people behind the wheel to facilitate pickups, provide support and monitor income earned. Each individual job is tracked using built-in GPS for safety and security.

PayByPhone
Great news for no-coin-carriers: PayByPhone is a 100 per cent cashless parking payment system. You first sign up for an account and add a credit card, and then the next time after finding a spot simply enter the numerical code found on the metre or ticket machine (in partnering cities such as Vancouver, Richmond, White Rock, and other large urban centres in North America), your license plate number and the duration are requested. The app emails a receipt and subsequently sends alerts for confirmation of payment when time is almost expired. Conveniently, there is a function to add more money without ever having to return to the vehicle.
Prev Next

uly is National Cell Phone Courtesy Month, and a time to take a look at the bad habits many of us have developed around the incessant texting, emailing, calling and being connected 24/7.

The faucet, which will be available at home improvement stores across Canada in the spring, activates when your hand or an object passes within its sensor range.